Yanfeng’s new XiM21 concept looks to the (very near) future

From the moment the presentation of Yanfeng’s new concept began, it was clear that this was a bit different. For one thing, the concept has an exterior. While the focus is clearly not on the exterior, the fact it has one is noteworthy. Recent years have seen interior-only concepts from Yanfeng. This concept demonstrates lots of types of technology and solutions that can be seen on the latest releases (such as the S-Class) with some near-future tech too. As presenter Han Hendriks, chief technology officer YFT, explained, the feedback they recived on the futuristic XIM20 concept was: ‘but which technology can we put in vehicles in the next two years?’ XiM21 certainly answers that question. 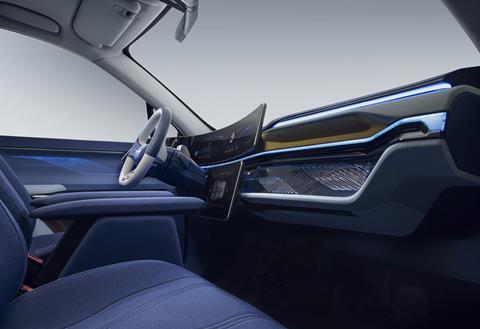 Seamless integration of smart interior surfaces has continued to be a focus in this concept, with smart switches throughout the vehicle on soft and hard surfaces - for instance when you turn on the AC using a smart switch on a smooth surface on the instrument panel, haptic feedback gives you confirmation of the action. The steering wheel has smart functions integrated, but also hands-on, hands-off detection for level 3-4 autonomous operation. If you take your hands off the wheel, after a few seconds alerts in the dash will prompt you to put your hands back on the wheel, and the seatbelts will also tighten as a further prompt. 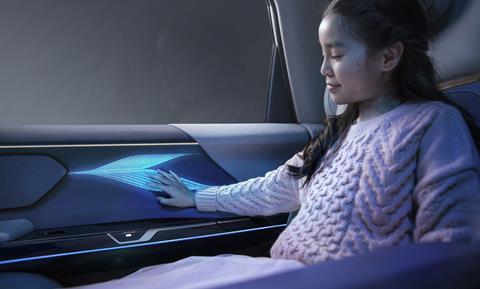 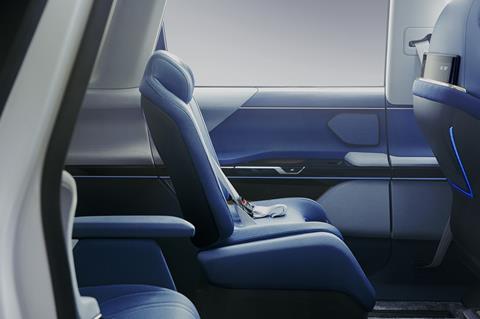 Integrated child seat, which folds away when not required

Yanfeng have also considered how two people can work effectively in the rear cabin, with smart surfaces in the armrest controlling the multifunction floor console, which has storage, phone charging area (which changes colour when the phone is charging) and a table function, similar to an airline cabin fold-out table, for laptops. 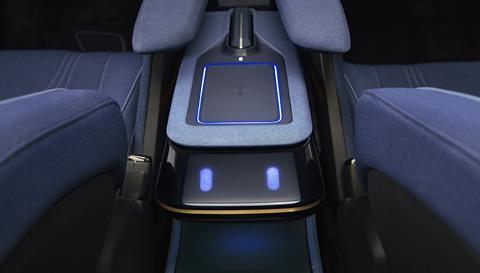 We will be taking a closer look at this concept in the Autumn edition of Interior Motives magazine. 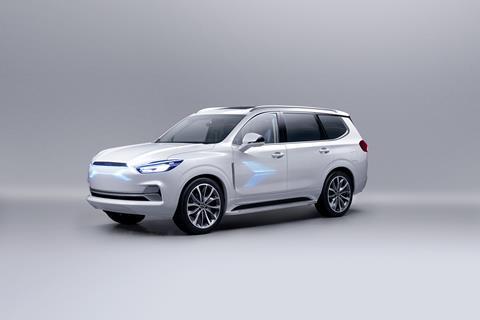 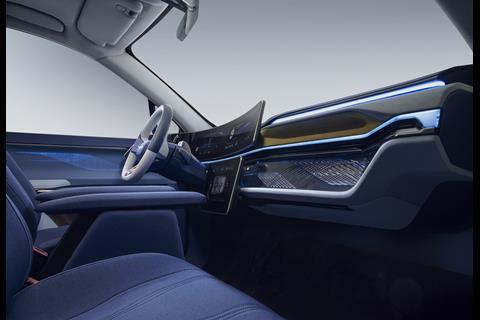 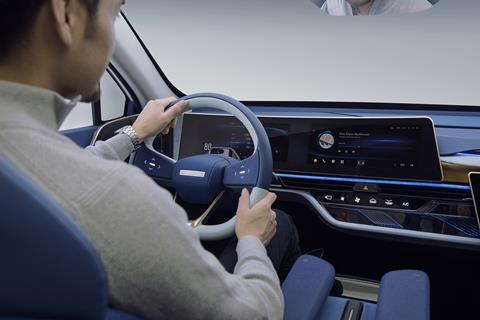 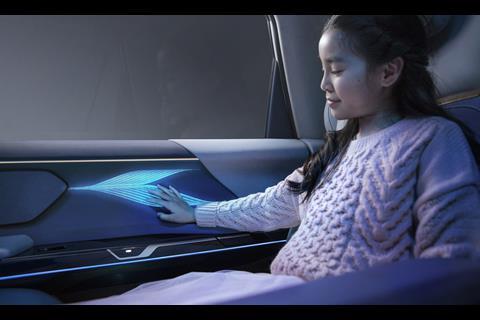 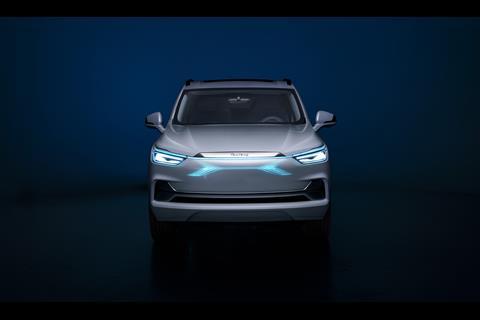 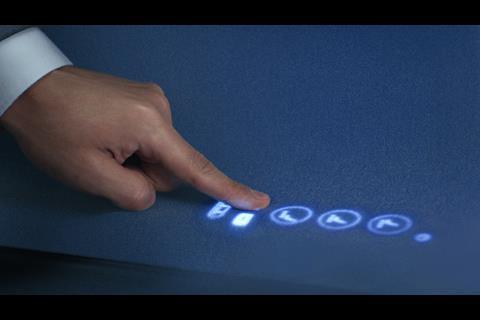 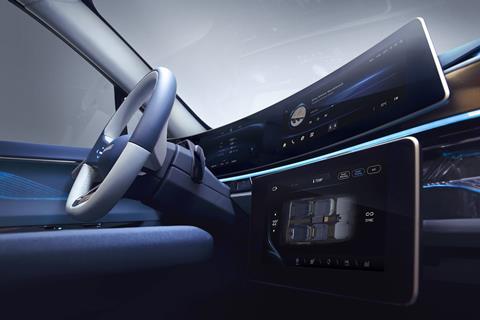 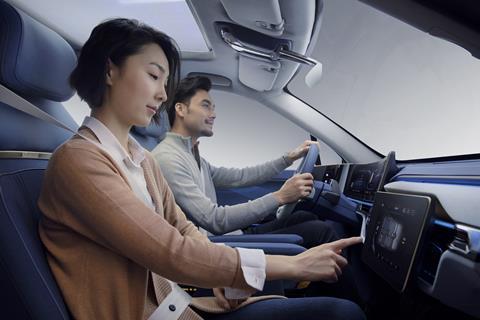 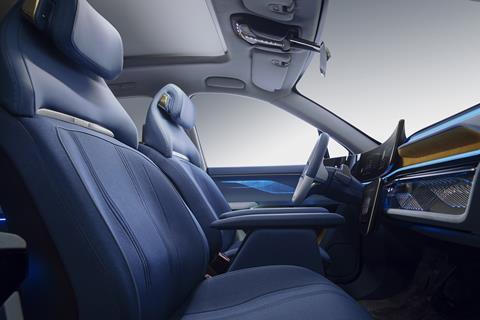 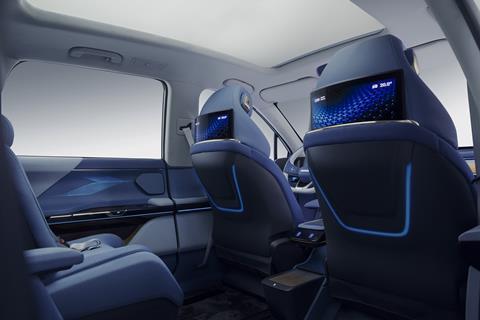 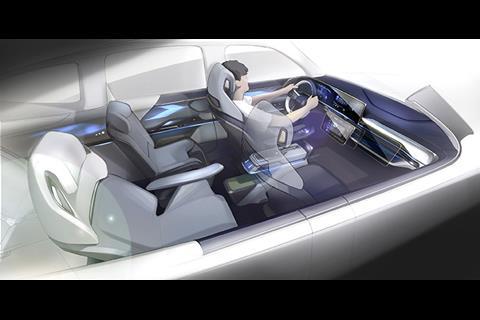 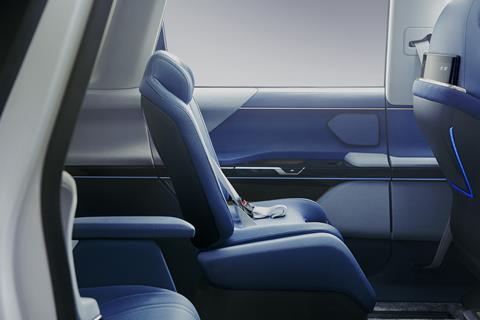 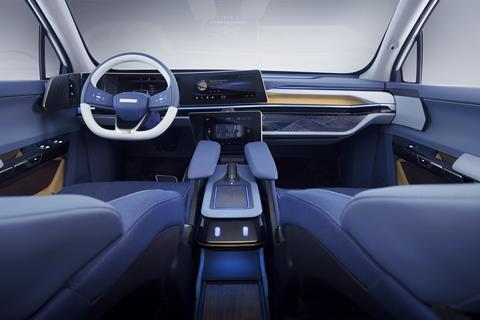 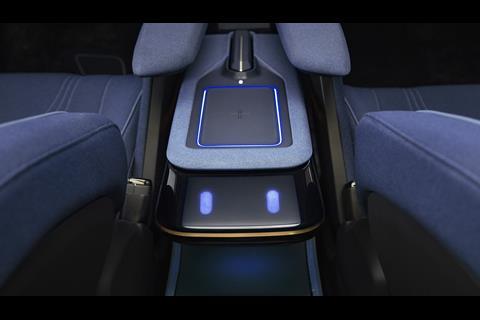