Our aim with the Buick Enspire concept is to re-imagine freedom of mobility for the era of new energy. It combines the popular SUV format with a battery electric drivetrain, uses the latest digital technology to provide intelligent assistance, and also strives to create an emotional connection. We wanted to move the user’s response from “good” to “wonderful”.

The name Enspire is based on the word “inspire”, evoking our goals for the project while also tying in with Buick’s current Encore, Envision and Enclave SUVs.

The Enspire concept was created by Shanghai-based PATAC (Pan Asia Technical Automotive Center), the joint venture between GM and SAIC. The car made its debut on 17 April 2018 at a special event in Wuzhen, China, and later the same month appeared at the Beijing motor show. 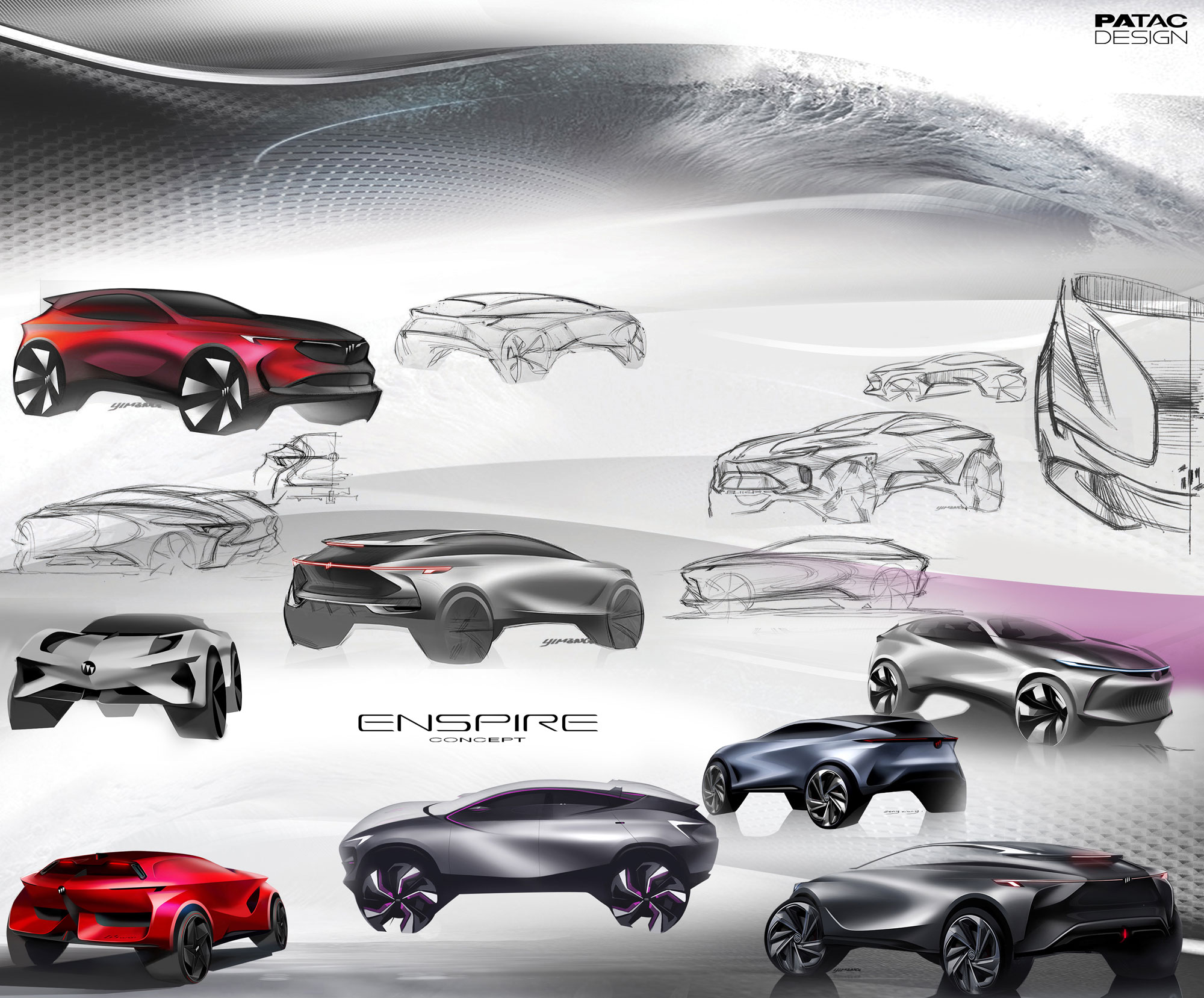 Using a realistic SUV format we developed Buick’s design language to add strength, elegance and friendliness. We were inspired by fluid forms including the purity and power of rolling waves.

We developed these ideas through several rounds of proposals, aiming to create a satisfying, human-centric connection between high technology and the natural world. 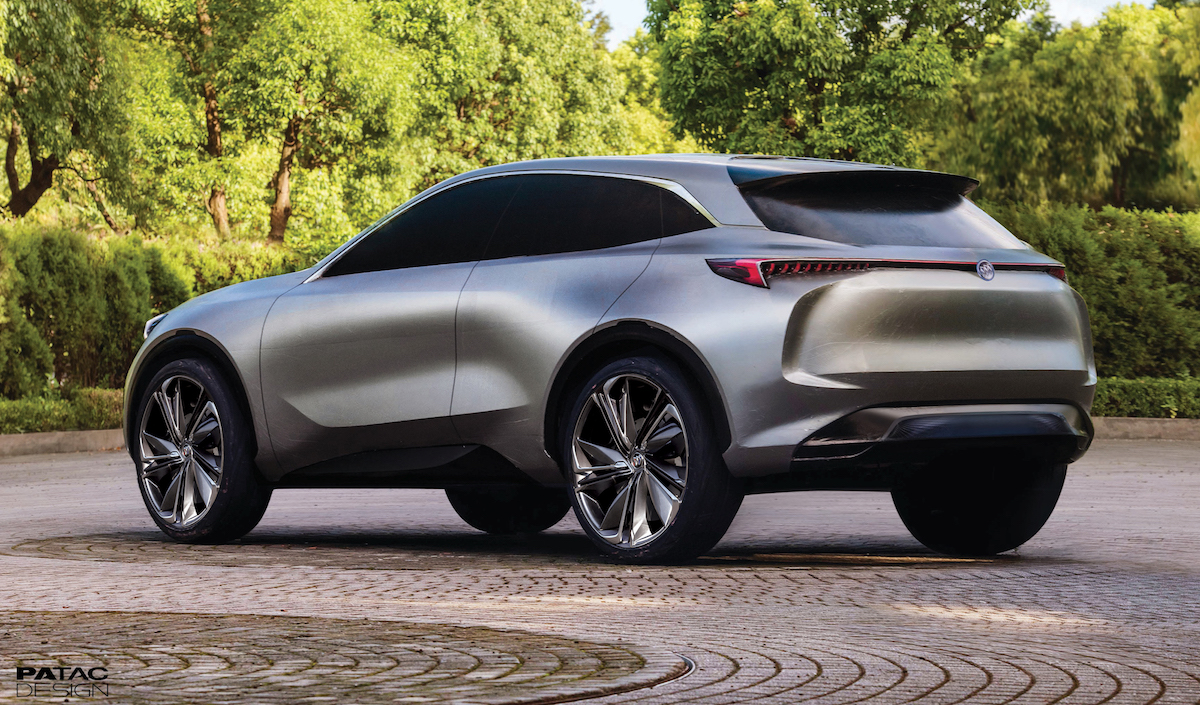 We drew on simplified natural forms that convey a sense of power, such as giant rocks shaped by a river’s torrent.

Within these pure forms we added details based on intelligent technologies, also employing coloured glass to create contrasts of light and shade. 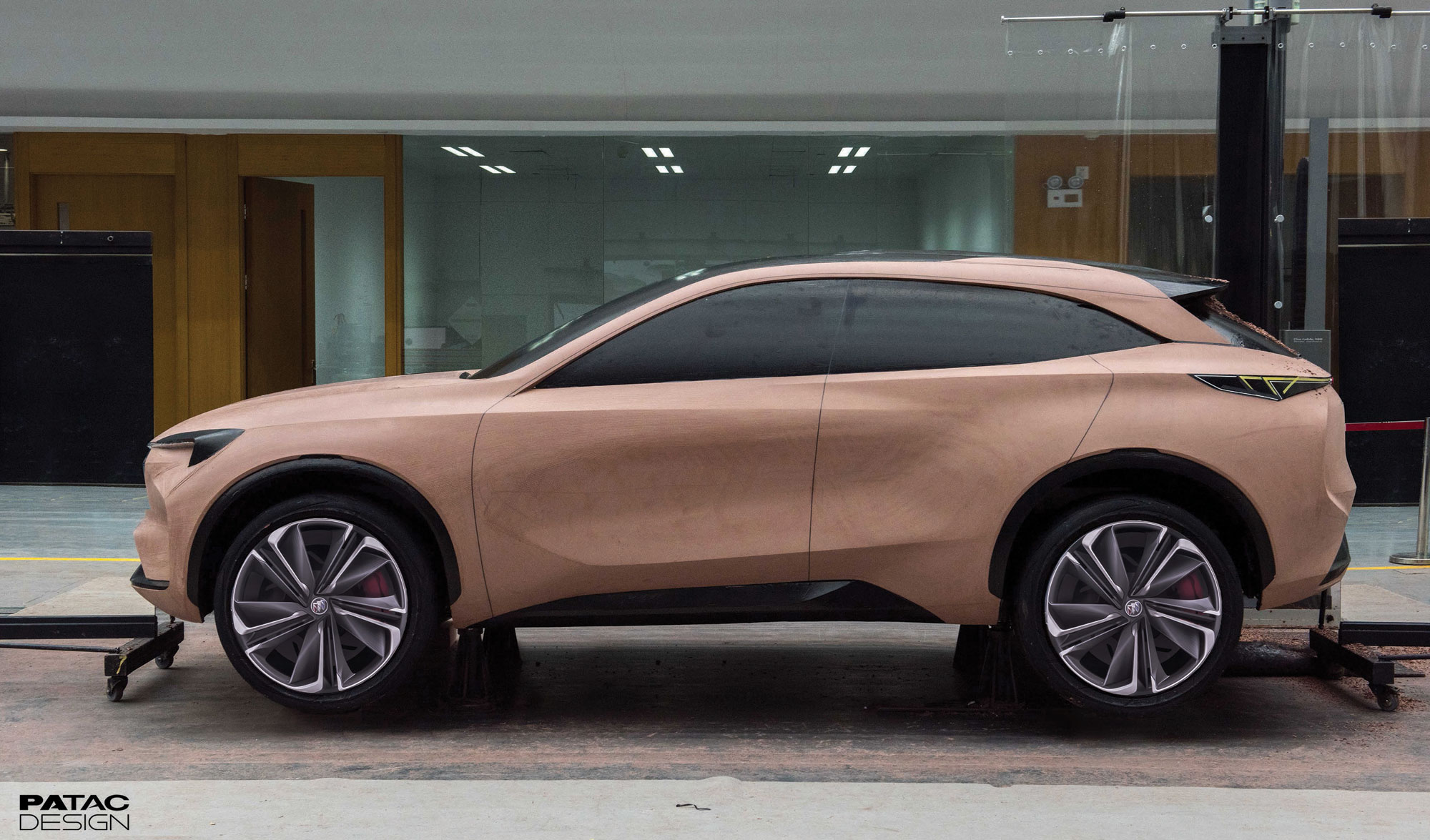 We evolved the Buick form language by emphasising volumes rather than lines, aiming to create a graceful yet powerful sculptural form.

At the front, the Enspire’s grille adopts a flush design drawing on artistic uses of coloured glass. The dark, glossy surface covers a matrix of blue LEDs lined up in swirling curves, capable of presenting information to pedestrians and other road users.

The grille connects via a brightwork spar into the headlamps, which feature rows of individual LEDs hooded by a slender variant of Buick’s wing-shaped DRL design. The lamps give the Enspire a very purposeful gaze.

At the rear, full-width OLED lighting accentuates the Enspire’s width, with unbroken lines of light stretching out from the central illuminated badge. Eye-catching lower lamp elements again emphasise the technical side of the story, resembling twisted braids of cable.

The Enspire’s red bodywork showcases a new finish that combines deep colour saturation with a translucent quality. This has been achieved using three base layers and a coloured lacquer. This paint process was formulated in North America to a design created by the PATAC team in collaboration with chemicals company PPG China.

Inside, the use of natural wood and Dinamica recycled microfibre suede continues the Enspire’s theme of nature and technology.

A “surround skyline” lighting system unites the headlining, door cards and IP with a co-ordinated matrix of LEDs. This matrix provides adjustable ambient lighting but can also react to nearby pedestrians and vehicles, supporting intelligent functions such as blind zone monitoring.

Across the IP, physical buttons have been reduced in favour of OLED touchscreens, gesture control and voice interaction. The user interface also uses face recognition to automatically adjust the seat posture and other settings.

Alongside multiple screens the cabin features a large head-up display, which projects augmented reality imagery onto the windshield aligned with the driver’s view ahead.  This immersive technique allows natural integration of useful information such as navigation directions.

The front seats feature a floating design, each sitting on a hidden pedestal that incorporates its own shock-absorber for ride comfort. This design, coupled with low-level lighting, creates a bright, spacious feeling.

Through its accessible, approachable design, the Enspire electric SUV concept illustrates how technical and natural elements can combine in harmony, prompting a warm emotional response.