Venucia introduced a forward-looking concept car called The X at the Auto China show in 2018. Designed to demonstrate a clear vision for the future of mobility, The X introduced Venucia’s V-Galaxy design language, including a distinctive Galaxy grille and V-icon motif at the front of the car. 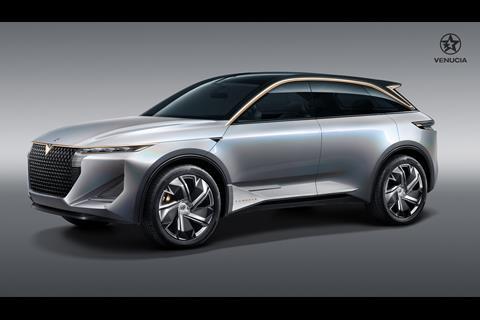 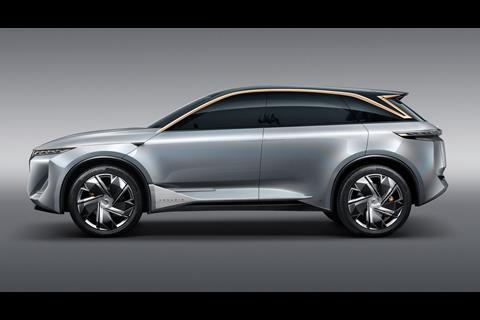 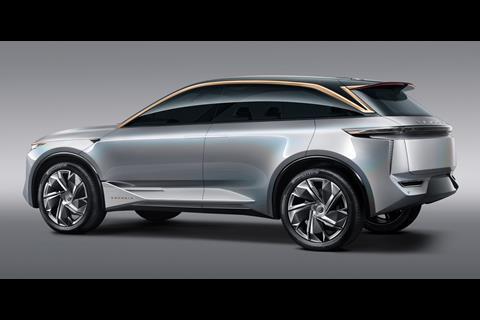 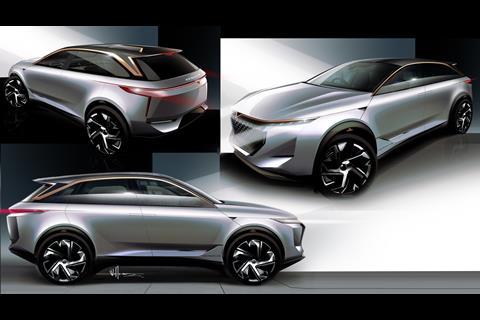 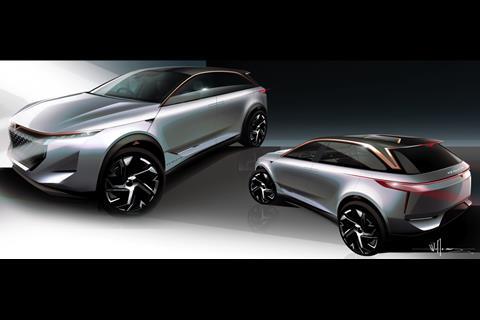 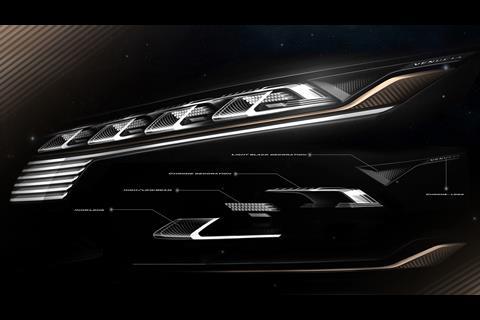 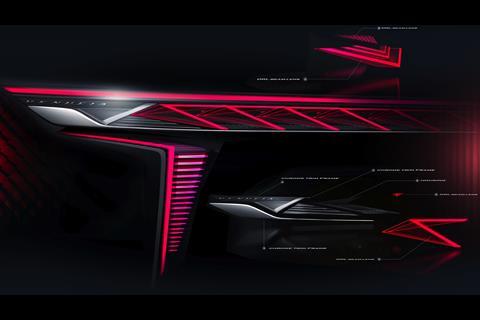 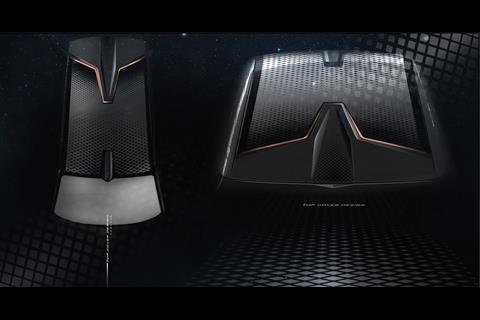 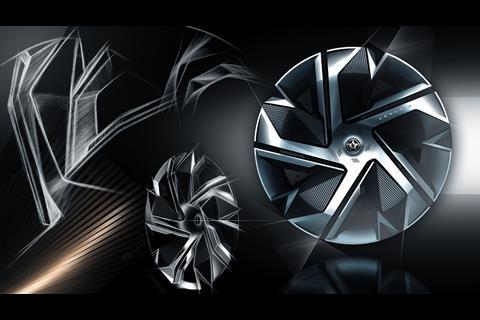 A successor to The X, called The V, debuted at the Shanghai Auto Show in 2019. The new concept car extends the design themes of simplicity, technology and innovation established a year earlier. The V’s beauty lies not only in the visual impact of its exterior but also in the details and vision of its interior. 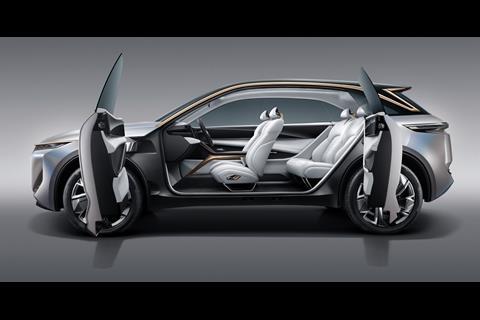 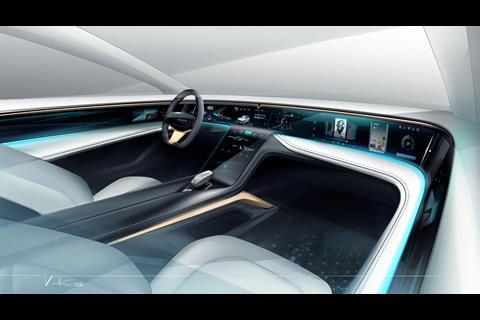 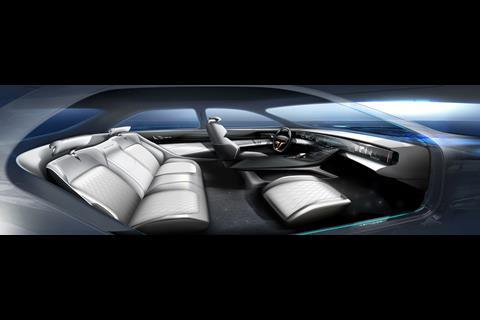 Venucia’s design team aimed to create an avant-garde and futuristic cabin space with an advanced user interface. The high-tech impression in the cockpit is amplified by the graceful floating spar that links the dashboard to the centre console, housing a large integrated touch panel. 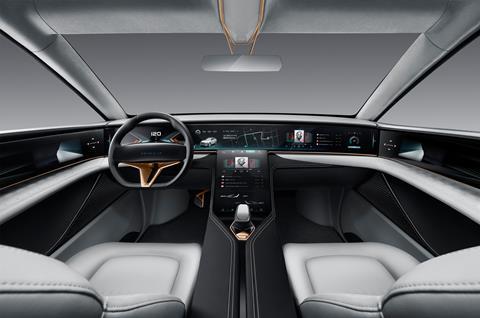 Another integrated touch screen appears to wrap around the interior in a simple, smooth ribbon, connecting together the instrument cluster, a central display panel, a co-pilot screen and two electronic rear-view mirror screens at either end. Another horizontal LCD screen appears on the steering wheel.

The front passenger position is set up as a recreational area with cabin comfort and infotainment controls. The co-pilot can easily access the central control console as well as their own dashboard screen. 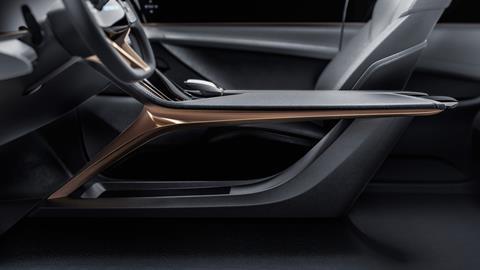 Offering a consistent, sci-fi inspired user interface throughout the car, the screens in The V are the most obvious signs of a vehicle bursting with new technology. The V’s advanced HMI includes face recognition, a holographic AI assistant, an augmented-reality head-up display with environmental awareness, V2X data connections between the car and the cloud, and autonomous driving functions. 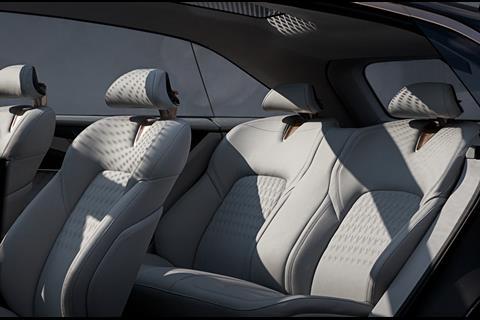 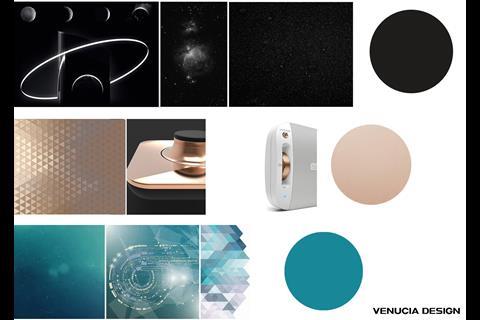 Colour and material choices add to The V’s unique atmosphere. The primary colour, a light grey, conveys a sense of calm. Black is applied to the suspended centre console, the parametric surface behind the headrests, and the sweep of the IP, emphasising the high-quality textures within the cabin. 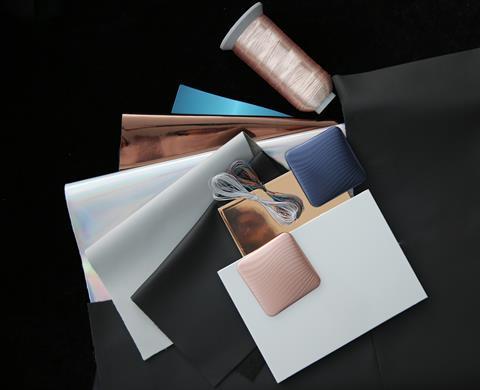 Blue features in the UI interface and ambient lighting, creating a futuristic feel. Metallic gold adds a touch of luxury to the headrest supports, wheel spokes and centre console spar. A gold finish is also applied outside, to the window trim and V-Logo on the car’s nose. 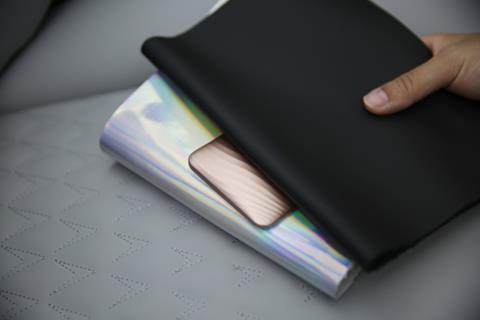 The V’s exterior bodywork is finished in Rainbow Silver, an improved version of the innovative paint applied to The X, which won International CMF Design’s Colour Innovation Award in November 2018. The new paint features enhanced light and shadow effects as well as a stronger grain. 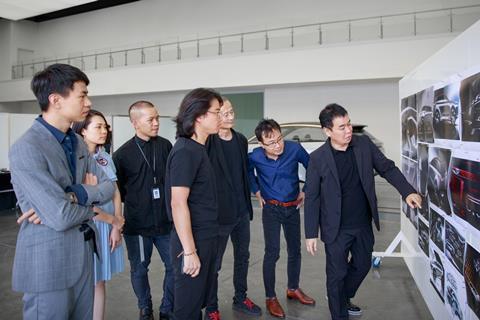 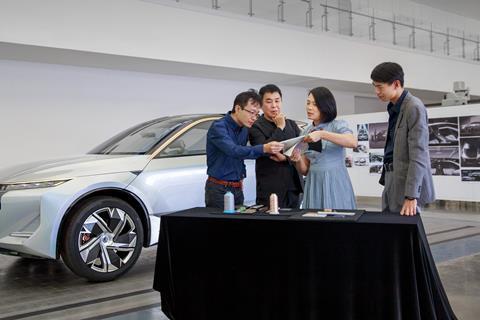 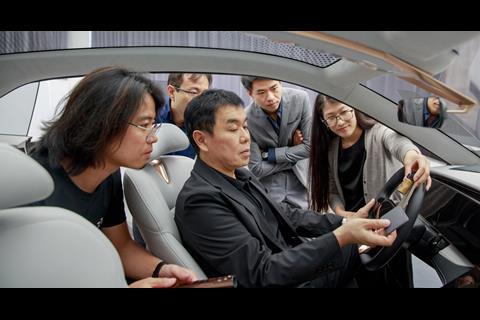 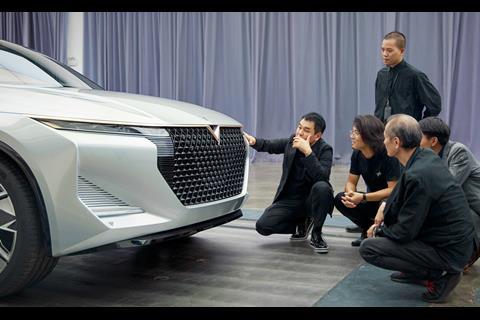 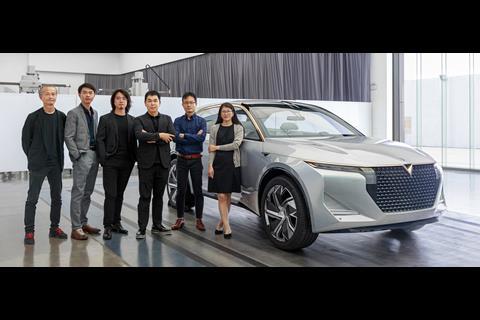 The V was developed in-house, by a team drawn from Venucia’s Design Headquarters in Guangzhou and Advanced Design Center in Shanghai.

The X and The V demonstrate Venucia’s design expertise as well as its determination to create a range of advanced, high-tech vehicles with a sophisticated style and attractive proportions.