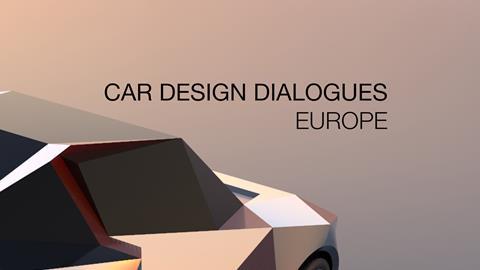 Day one of Car Design Dialogues Europe provided the ultimate behind-the-scenes experience, taking the audience inside studios and giving them unique access to the industry

Following on from the first ever Car Design Dialogues event that took place in December 2020, the team at Car Design News launched a European leg of the event, taking the audience inside automotive design studios across Europe to meet many from the design team and talking one-on-one with leading industry experts. Day one saw exclusive design review films on recent concept and production models such as the Skoda Enyaq iV and Tata Sierra, as well as panel discussions and fireside chats with some of the most influential designers in the business, including a wide-ranging discussion with Chris Bangle.

The day kicked off with a fireside chat including Carl Gotham, advanced design director at SAIC Motor and Robert Lemmens, head of design at SAIC Motor who offered a unique insight into the workings of the Chinese brand’s London studio, which carries out design on SAIC brands including Roewe and MG, which is also sold in Europe. The duo, long-time designers for SAIC, explained how the Marylebone outpost serves as an advanced design studio charged with developing new concepts for the Shanghai mothership. Gotham revealed that the studio had designed a concept car for the upcoming Shanghai Motor Show under the MG banner, which draws on the sporting DNA of the brand. The studio is also involved in a number of electric vehicles across SAIC’s electric platforms.

A young studio numbering around 20 staff, Lemmens revealed that recruiting had been slowed considerably by the pandemic. It is a trickier proposition with the advent of digital design software as it is harder to gauge actual ability, he said. Although the studio is working with a variety of design tools, including clay modelling courtesy of a new basement studio, creativity is the main asset the studio looks for in recruiting designers. 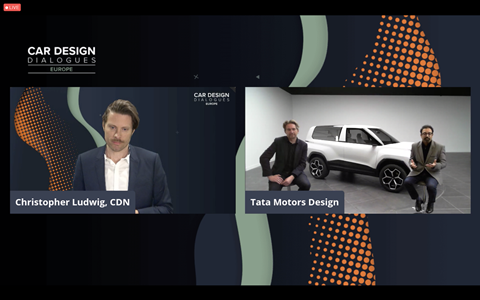 After this, the design team from Tata talked through the revival of the Sierra – an iconic three-door SUV launched in India in the early 1990s – for the EV world. “When you redesign an icon, you need to bring not just the original spirit to the project but the original thought process – that is why it is on an EV platform. That is what the original designers would have done. We want to respect the heritage but move the name on,” was how Tata’s vice president global design Pratap Bose summed it up.

The Sierra is notable as a highly resolved design concept with a number of well-executed features across the exterior and interior, from a hidden sliding door to loung-seating style despite a relatively short length. The glasshouse creates a striking DLO while also emphasising a strong visual link between the interior and exterior. The ‘digital detox’ theme of the interior removes screens in the IP, creating instead a ‘tech shelf’ above the dashboard to connect phones or tablets. Just as the original Sierra was a means for passengers to escape new landscapes, so too is this concept a space to escape the constant connectivity of today’s world. Lovingly crafted wood floors and even the use of moss in the interior speak to themes of nature and mindfulness.

Cross-creative collaboration was on the agenda for the Beyond Design session, which brought together talents from a variety of backgrounds: art, fashion, and materials. The panel explored how collaboration between different creative disciplines could lead to innovation. Among the many highlights was multimedia artist Matteo Cibic’s beguiling take on what is possible with car design with his Electric Dreams project – in case you missed it, it involved champagne in Paris and a nap on the way home.

Back to the serious nuts and bolts, and Phil Botley, Alias product manager at Autodesk, sat down with Steven Cobert, director of Geodigm, to discuss the consistently evolving and improving nature of software design tools. One of the points they highlighted was the need to bring consumers to the forefront of design processes.

“I sense there is a change coming in automotive,” Botley said. “The customer is becoming more important earlier in the design process, and the tools are adapting to support this.”

A similar session was held by Adobe, with Pierre Maheut talking through some of the benefits of using Substance – the company’s texturing tool that allows designers to improve realism and creativity in their digital projects. He was joined by Pascal Seifert at Autodesk, who did a live demonstration of the software, showing its capability and flexibility. Together, the two showed the tremendous capabilities of 3D rendering to speed up development times and complement physical modelling.

Flying the audience over to Prague and inside Skoda’s design studio was a real highlight of day one Car Design Dialogues Europe. The high-quality exclusive film that Skoda produced for the event was a piece of art in itself. During the Q&A, Oliver Stefani and his team sat around a large table, surrounded by sketches and slick-looking furniture, to delve into more detail on the recently launched Enyaq iV – the company’s first ever electric SUV. 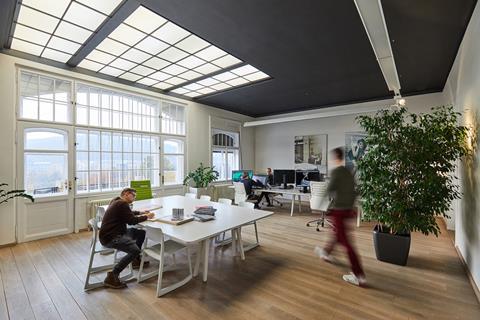 Inside Skoda’s design studio in Prague

One of the highlights of the model is the crystal grille area at the front. “With an EV there is always the question: what to do with the grill? We have a long tradition with the face, which we do not want to throw away, but we needed a new interpretation. That is why we developed this light and crystal idea – to show this face,” said Stefani.

Stepping away from the status quo and showing how design can be approached differently – the underpinning theme of the panel session “Call the Engineer” which featured Sasha Selipanov of Koenigsegg, Luca Borgogno of Automobili Pininfarina, and Jhan Dolphin of Prefix. The three voiced their frustrations over legacy processes that have prevented design from moving forward.

“It is hard to make a difference in a large company because you are shoehorned into a job description that only does justice to 20% of your brain capacity,” Selipanov said. He believes that designers need to be free of shackles, given the green light to think outside the box and perhaps even work in the fields of engineering and product management.

Influential designer Chris Bangle closed the show with a barnstormer of an interview, which involved live sketching, animations, quotes from Winston Churchill, and, well you name it. As Selipanov, Borgogno and Dolphin did just moments before, Bangle too urged car designers to break out of their silos as they have the skills to tackle wider challenges outside of their chosen discipline. 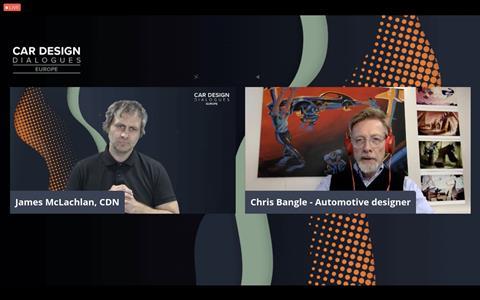 “If car designers understand themselves as outside or inside clothing designers for four-wheel mobility, they won’t get too far in the world,” he warned. “Some people expand upon that by saying they are interpreters of a brand. But the reality is that the world around us needs creatives that do positive things. This goes beyond the world of automotive.”

Tomorrow’s agenda is crammed full of exclusive design reviews, debates and chats. Be sure to join us and get involved in the conversation!

On-demand videos of all sessions will be available early next week on the CDN Broadcast section.