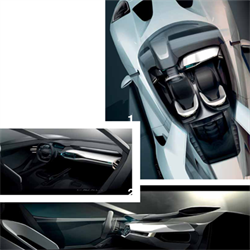 The 2016 Ford GT is the third iteration of the GT40/GT and does not follow J May's retro-futuristic 2005 car in its style, but is instead a departure both technically and design-wise from its predecessors.

Any GT has to act as both a halo car and a statement of intent for Ford, and this new car is intriguing too from this perspective, because it represents the new vanguard of Ford Design.

Its development is the first full programme to be completed with Moray Callum as Ford vice president of design, Chris Svensson as design director of Ford Americas and Amko Leenarts as global director of interior design. “It’s a real icon,” says Leenarts. “From day one, we all felt the excitement and greatness of the responsibility for the company.” 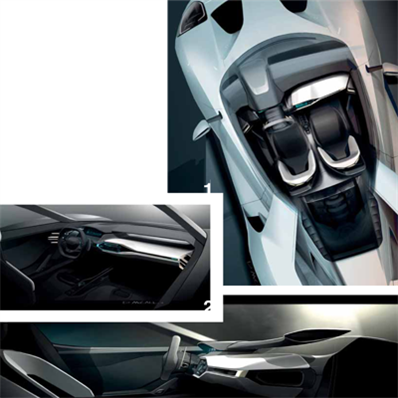 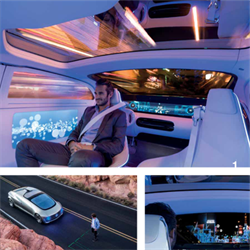 Like Milan Design Week, the Consumer Electronics Show (CES) in Las Vegas, USA, is an increasingly popular event for carmakers, who can reveal their new ideas beyond the traditional motorshow audiences.

Isolated centre consoles or roofless interior bucks have become more common at CES in recent years, as these are the most likely parts of a car to feature hardware and software developments of interest, but Mercedes-Benz went one step further in January 2015 by choosing to unveil the first complete concept car at CES.

The F 015 Luxury in Motion was presented as a research vehicle to reinforce a new design aesthetic, functionally appropriate for a future vehicle circa 2030 likely to feature autonomous driving and high levels of connectivity and interactivity.

Mercedes-Benz places high importance on producing fully-working concepts, and proved this point by a few very public ‘drives’ down the nearby Las Vegas Strip. While the functional prototype uses the drivetrain from the SLS AMG Electric Drive supercar, the F 015 is envisioned to have a hydrogen fuel cell powertrain to enable an enhanced range of almost 700 miles (1100km). With no conventional internal combustion engine in the front – or even a regular driver’s seat – a single-volume vehicle was decided upon from the outset to maximise the interior space. 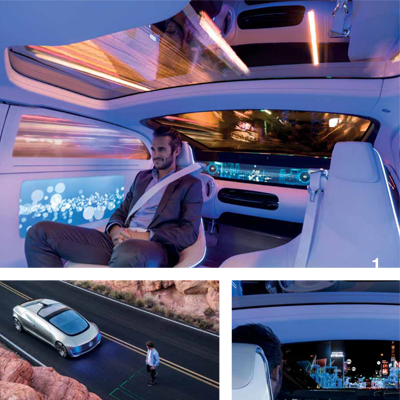 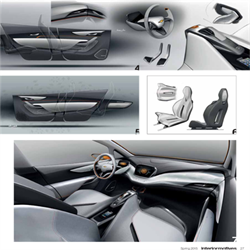 Unveiled in Detroit to demonstrate GM’s commitment to electromobility and to show a vision of an affordable, attainable electric vehicle with a 200-mile range, the Chevrolet Bolt EV has since been confirmed for series production. With its exterior designed in South Korea and its interior developed in Australia, this subcompact is a truly international effort from General Motors, which has two Australian facilities with the means to execute such a large-scale effort in-house. Like the Nissan Leaf and BMW i3 with which it will compete, the Bolt EV (as it is currently called) follows a philosophy that electric vehicles should be clearly differentiated from conventionally powered models. Its design takes advantage of the unique packaging opportunities of an EV, highlights its advanced technologies to even casual observers, and shows family ties with the second-generation Volt, launched simultaneously at NASS. 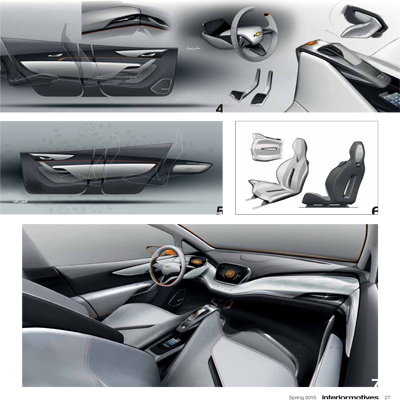 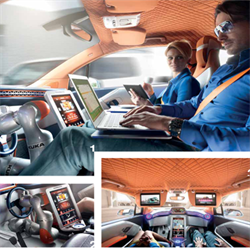 Last year, Frank M. Rinderknecht made autonomous driving the subject for discussion in his autopilot-enabled XchangE concept, based on Tesla Model S. And with this year's Budii - Rinspeed's 21st concept car, built for display at the Geneva Motor Show - Rinderknecht's Rinspeed think tank has gone one step further. As its name suggests, Budii is meant to be a personified 'friend on wheels', a car that can adapt to its driver's habits and preferences, a cognitive 'transurban' vehicle which collects, processes and stores data and information from its environment. Its development informed by research from Ernst & Young, it explores the emerging new relationship between driver and car in the forthcoming autonomous age. 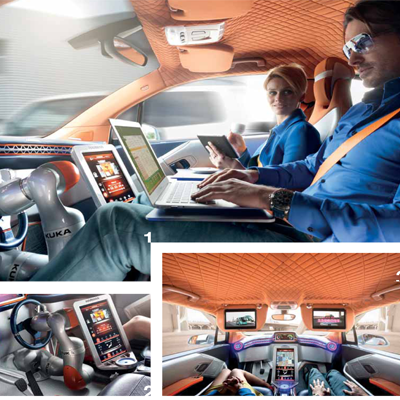 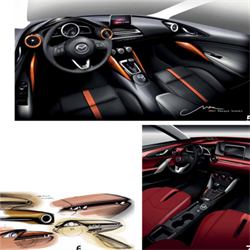 “Whatever we do from a design standpoint, as soon as you sit down in the car we want you to feel engaged to drive the vehicle,” says Julien Montousse, Interior Design Manager, Mazda North America.

“And therefore we don’t want you to do anything but drive and enjoy the driving.” Montousse, interior designer of the 2010 Shinari concept, has been guiding the interior thematic of Mazda’s so-called ‘sixth-generation’ designs (the latest CX-5, the MX-5, Mazda 2, Mazda 3 and Mazda 6 and now the all-new CX-3 compact crossover) and he feels “there is a lot of common ground we have between those interiors that trickles down all the way to the CX-3”.

This stems from the Shinari: “That was the first vehicle to really showcase the driver-centric architecture,” he says. “And from that architecture, we influenced the whole sixth generation of cars.” Alongside the creation of this more sharply driver-focused environment, Mazda’s interior designers have been further tasked with reaching a new level of interior sophistication And for the CX-3 in particular, Montousse says that “we wanted to bring a boutique-y product for this price range; something more dedicated to driving, and mature in a way, even if it is a small vehicle.”

He worked with Youichi Matsuda and his team at Mazda’s studio in Hiroshima, “influencing the theme from the Shinari” as the CX-3 was developed for production. 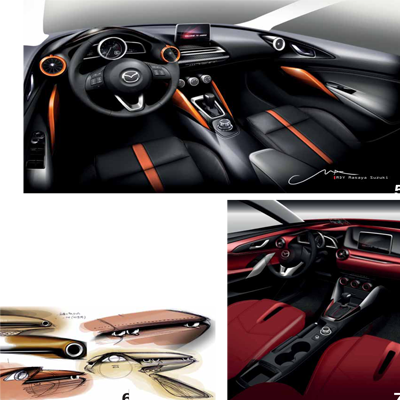 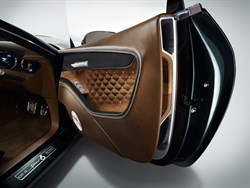 Head of interior design Brett Boydell explains: "We started about 18 months ago in autumn 2013 with the initial concept and ideation work. It was actually a collaboration with Potsdam design studio. We worked alongside Romulus Rost and Stefan Sielaff, and one of their designers came to the UK and stayed with us to see it through. It was just a ssmall design team of three designers and myself leading the project on the interior, under Luc Donckerwolke's direction. 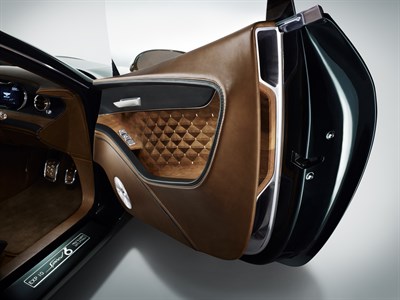