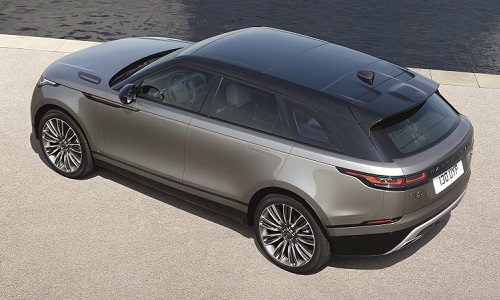 The fourth member of the Range Rover range is aimed to appeal as much on aesthetic as well as off-road superiority. Named from a Latin word meaning ‘sail’ or ‘veiled’, a name-badge used on the original 1970 Range Rover prototypes, the Velar was itself unveiled at the Geneva motor show; its interior brings the debut of both new high-end materials and display screen technology – and is almost shocking in its simple minimalism.

Work on the Velar started in 2013, says Mark Butler, Land Rover creative officer, interior design, when the team sat down to discuss what was known internally as a ‘white space’ project – a new vehicle idea for the brand with no antecedents in recent history.

“There was an original volume proportion model,” says Butler. “It was built to help engage the rest of the business with the concept. Slightly after that, we started to look with the research team at the interior architecture and what we could do with the screen technology. There was a huge push with the R&D team to take a real step forward in the technology presentation in the vehicle.” 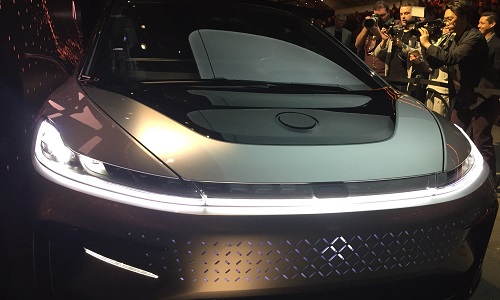 The main themes at CES 2017 were networking, co-operation and collaboration. Everybody was announcing some sort of tie-up: BMW with IBM and its Watson digital assistant; Audi with NVIDIA; Ford with Amazon and its Alexa; and even Honda with movie animation house Dreamworks.

Carmakers appear to be moving away from their previous in-house propriety policies. From the latest developments in UX and UI to advances further enabling autonomous driving, Kevin Kyeong rounds up 10 key technology trends and highlights from the LAs Vegas show 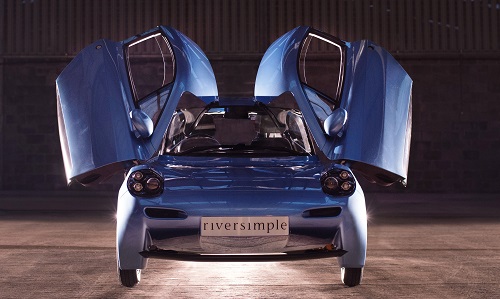 Earlier this year British start-up Riversimple revealed its Rasa prototype: a hydrogen-powered carbonfibre-bodied car designed to spearhead not just fuel cell propulsion but a new business model. Rather than selling or leasing its vehicles, Riversimple plans to offer its cars like mobile phones, with a fixed-term contract for hardware plus a rate for usage. Monthly fees will include insurance, servicing, repairs, parts, tyres and even the cost of fuel.

“The fixed-price element will fall as the car gets older,” explains company founder Hugo Spowers. “Costs are entirely predictable. You [the user] are never going to be hit with a surprise bill because something’s broken.” Each Rasa – the name reflects the Latin phrase ‘tabula rasa’, or ‘blank slate’ – is intended to have a working life of at least 15 years, spanning multiple contracts and different users; and it is intended to then be easily recyclable, yielding a greater-than-normal value from recovered materials. As with the usage model, this presents an interesting challenge in terms of design development. 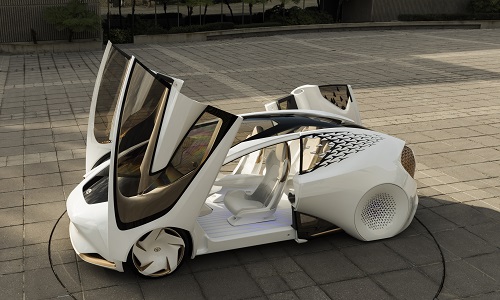 “We are inundated with information these days,” says William Chergorsky, project manager, and director of much of the interior design and UI on the Toyota Concept-i project. “But our UI gets out of the way – I call it ‘removing the tyranny of the tablet’. It’s only there when you need it, and it seamlessly anticipates your needs.

There’s a Japanese concept called ‘omotenashi’ which stems from the tea ceremony, and is all about service that is so perfect that it is almost invisible.” The UI – user interface – of the Concept-i is its raison d’être, an exploration of future human-vehicle interaction and the very soul of the car. “The Concept-i was designed from the inside out,” says Ian Cartabiano. lead designer on the project. “We know that idea is bandied about a lot, but in this case it is literally true.” 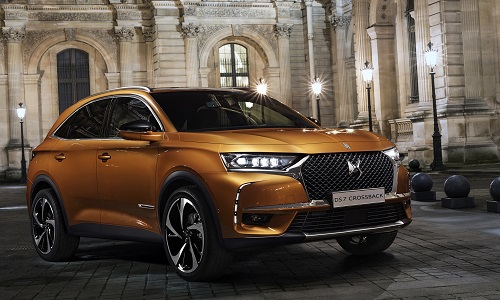 “It’s the first new-generation DS, the first to be ‘born DS’,” says Thierry Métroz, design director for the now stand-alone brand, positioned as PSA Peugeot-Citroën’s premium offering. The DS 7 Crossback is also the brand’s first SUV. Developed in parallel with the Divine DS Concept [IM: Winter 2014/15] seen at the 2014 Paris motor show, it brings into production a series of new, unusual detail and CMF designs, some building upon ideas first displayed in the show car.

While the DS brand is a key part of the PSA strategy in China, the DS 7 Crossback was designed in Paris, Métroz says firmly. “There is no DS design studio in China. It’s very important to keep the French spirit, because we’re talking a lot about French know-how and French luxury. In Paris we are very lucky, because we have all the connections and partnerships with Chanel, Louis Vuitton, Givenchy and so on.” 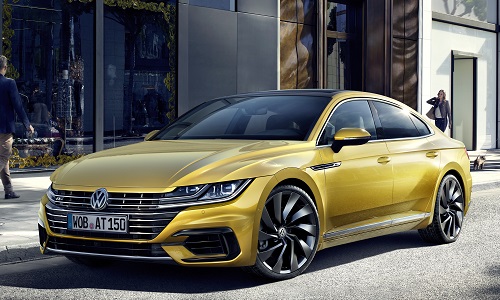 “In general, it was a very interesting project,” says senior interior designer Peter Mikulak. “Passat and Arteon ran in certain parallels so I was working on both, while we also did the show car [Sport Coupé Concept GTE, Geneva 2015]. So it was a very intensive project, these three cars all at the same time. Arteon is much more sporty than Passat, but also elegant, so we tried to take those elements you saw on the show car. For us, it was all about the horizontality in that it shows the width, and also a little bit of driver orientation, so connecting both worlds together: elegance and sportiness.”

While the exterior design of the Arteon has been little changed from that of the Sport Coupé Concept GTE, the concept’s interior was more experimental, and very much that of a show-stand showpiece. “There’s a compromise to bring the car to market,” says Mikulak. “Of course the concept was pushed to more extremes – but the proportions are not that far, I would say.” Following on from our close look at that show car [IM: Summer 2015], we talk about how the project evolved into the finished vehicle.